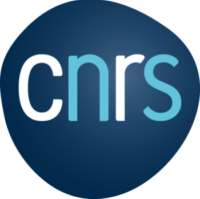 European Directive 2010/063EU and its transposition into French legislation

Respecting the European directive also implies that we work in accordance with ethical principles :

In 1959, Russel & Burch developed the renowned concept of the 3 Rs in order to protect animals used for scientific purposes:

HBA – Harm-Benefit Analysis: the main objective of this analysis is to establish a balance between

To replace, the TAAM :

To reduce, the TAAM :

We are participating in the development of a means of reducing the number of animals used, and to improve quality control, in determining the capacity of a mutant mouse line to recover after cryo-preservation. A recent PHENOMIN publication describes a new technical approach commonly used in PHENOMIN projects (Blastocyst genotyping for quality control of mouse mutant archives: an ethical and economical approach. Transgenic Res. 2015; 24(5): 921–927. F Scavizzi et al.,2015)

To refine, the TAAM :

All TAAM projects involving animals have received approval from our ethics committees and an authorisation from the Ministry of Research.

Projects are assessed according to the principles of the 3Rs and HBA (Harm-Benefit Analysis), with particular attention to refinement (use of anaesthetic, of analgesics if necessary, respect of good practices).

Project authorisations are delivered before starting a project. Once underway, projects are monitored on site by our Animal Welfare Bodies, AWB.

The other core tasks of the AWB consist in: guiding the research teams, responding to concerns of ethics and animal welfare, visiting the animal facilities to confirm protocols are being performed correctly and to develop long-term ethical procedures. It is in this way that the AWB intervene proactively in improving living conditions for the animals.